Offering a Comedy Magic Variety Danger show, Pirate Man Dan thrills young and old alike. Complete with his own 30ft setup or your stage, shows consist of thrilling escapes, unicycle stunts, knife or fire juggling, balloons and whacky antics, music and dance moves, all choreographed to a pirate nautical theme and story. Each show uses the full audience in participation and even keeps the teenagers engaged. Watch your patrons be part of the show, gasp at the stunts, and laugh harder than you’ve heard since the pandemic. Shows are 20-40 minutes as requested/scheduled and are self contained. 110v standard outlet within 100ft of the performance area is required. Strolling consists of stilt walking, unicycling, and the Pirate Adventure Experience Attraction-the electric ship. The only entertainment of it’s kind, Pirate Man Dan drives around the grounds on board the 10ft x4 ft ship. Jaws drop at the attraction and kids follow the ship and it’s bubbles like a pied piper (when requested). Custom built, it can turn around on the spot and has blue underglow. A PA system for music and impromptu micro show, fog hookup, and LED lights at night make this prop a show stopper and one of the most instagrammed and news covered activities at the fair. Your patrons are teleported into a magical world when Pirate Man Dan is in the area, much like the interactive character experiences you see at theme parks.  Celebrities’, grandmas, and toddlers have hopped on the ship, grabbed a foam sword and taken photos across the country cementing that memory forever. Easily available to place a banner sponsor on the back of the ship, many events have sponsored the whole show out that way, year after year. In all forms of strolling Pirate Man Dan aims to be seen by the whole fair, unfortunately many strolling acts still limit themselves to a small area. All of your staff and vendors should have seen part of his act by the end of the fair, as he even ducks into cattle barns on stilts, and unicycles into buildings in full pirate accented persona. Please check out the photos page for images of the action. 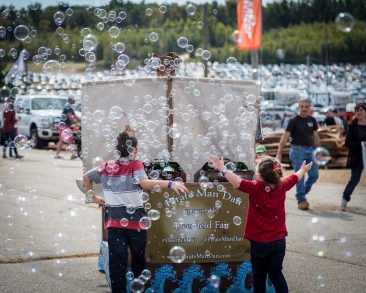 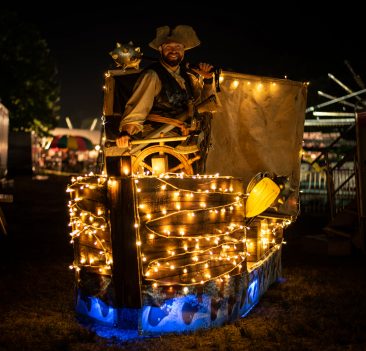 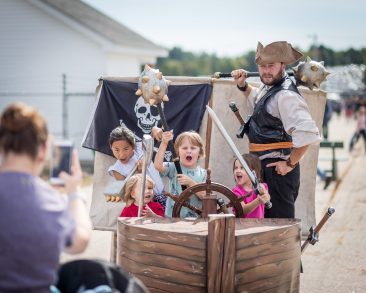 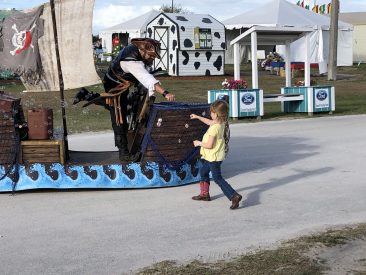 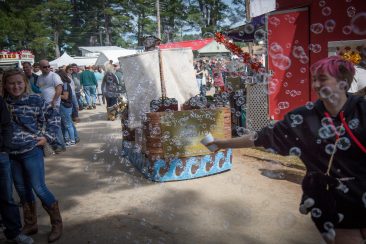 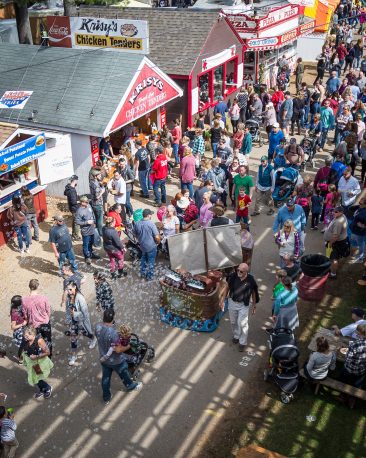 Where are some of the fairs Daniel Jolley performed?

Daniel Jolley has worked the fair industry since 2006 starting in central Vermont at age 15! And now 15 years later has grown a passion into just about every aspect of seeing the industry succeed. Working as a clown www.buddytheclown.com he has seen a drastic change in clientele of the average fair.  Daniel created the Pirate Man Dan character in 2016 as an alternative to having him as a clown performer or general variety artist. He loves the fair environment the most out of all the venues, and does between 22-30 fairs/festivals a year on average with a rebook rate over 80%.